I loved The Flash cartoons growing up, and I was absolutely thrilled when they first announced this series for television.  I think The Flash is probably my favorite superhero character, right after Gambit (who will always be my #1) and followed by Batman. 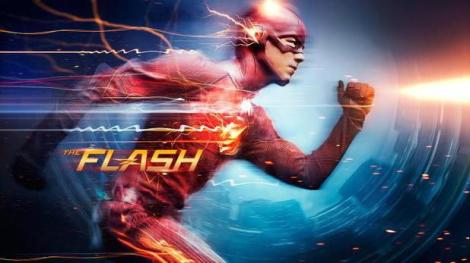 Franchise purists might take a lot of issue with what goes on in this series.  Personally I don’t count myself as one of those numbers, so I was totally fine with the way the series went.  Some of the characters got on my nerves (mostly Iris), but thankfully no one on the main team (Flash, Cisco, and Caitlin) did.  A few potential spoilers up ahead, so if you haven’t seen the series and don’t want to know what went on in it, you probably should skip over this entry for now.

I’ll start with saying that I found myself surprisingly liking Captain Cold, because there was just something so completely perfect in the way Wentworth Miller portrays his character, and honestly?  I hope he’s the one bad guy that goes “good.”  (Even if he has to do so secretly, so as not to tick off his Rogues.)  I was also really impressed with Tom Cavanaugh’s acting.  I both loved and hated his character at the same time.  Hopefully he isn’t gone for good, and that they’ll at least bring him back next season in some form or another.

In a lot of ways, as the series progressed, it felt like they were using this season as more of a framework for later seasons, so a lot of it had an “origin story” feel to it.  I’m interested in seeing where they take this next season, and I’m especially interested in finding out how the upcoming Legends of Tomorrow plays into the whole grand scheme of things.  Especially after watching the trailer for Legends of Tomorrow, I would even be interested in seeing something on the big screen to go along with everything that’s happening between the three series—Arrow, The Flash, and Legends of Tomorrow.  What impressed me the most about this series would have to be the crossover episodes between Arrow and The Flash.  It was not only amazing to watch, I think that it made both series stronger.

I don’t think I can often say this for first seasons of television series, but I think The Flash’s first season was pretty solid.  There was great chemistry between all the characters, and the way each episode ended always left me wanting more (and absolutely hate having to wait so long for the next one to come out!).  I think I read somewhere that we might be seeing a more settled, mature version of The Flash next season, and I’m incredibly excited for that, because if that means what I think it does, then Season Two will probably bring out a lot of nostalgic memories from when I watched The Flash ’90s cartoons.  A cheeky speedster who’s got a fair handle on his powers.  I look forward to some puns (though I think Miller had us more than covered here as Captain Cold, and I thought it was great, haha).

The way The Flash ended does raise a lot of questions for me, though.  Time travel is a tricky thing, and with the way things panned out at the very end, it makes me wonder.  Now that Eddie’s made the ultimate sacrifice, shouldn’t that mean that Barry’s father should be out of prison, and his mother should be alive?  I know they’re planning on showing us other dimensions next season (or at least, that’s what seems to be implied), and I wonder how they’re going to go about showing that, and what exactly they’re going to be showing.  I am also so curious to see if the rumors are true about Cisco and Caitlin, and whether or not Caitlin will become the super-villain Killer Frost.  If she does, then I wonder what events will take place that will cause her to cross that line—I imagine it would probably involve something happening to Ronnie, though I hope not!

According to this recent post on RealtyToday, Season Two of The Flash is expected to release on October 6, 2015, and that date can’t come around here soon enough!  There are few moments where I’ll wish away something like summer vacation, but this series will most certainly do it!  These guys really do a great job making it feel like you’re watching a comic book come to life!