Netflix’s streaming service has, to recent memory, put out some fairly solid content as of late.  Since they first launched their streaming service years ago (I unfortunately do not actually know the exact date of it), at the start, I thought it was great.  Then, for a few years, it seemed to struggle to set itself apart from other streaming services that started gaining traction like Hulu and Amazon, among others.  Within the past year, at least, I have noticed a significant uptick in quality that has made Netflix my favorite streaming service again. 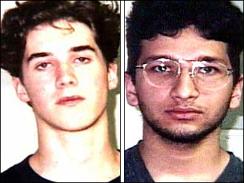 Sebastian Burns and Atif Rafay are featured in the very first episode of the mini-series.

But I digress.  That’s not the main focus of this entry.  Let’s talk about what I think about Netflix’s latest featured mini-series, The Confession Tapes.

If you are (or were) a huge fan of the Serial podcast, this mini-series may appeal to you.  And even if you weren’t (I know I wasn’t), you might find this mini-series worth watching as well.

For those who did enjoy Serial, this mini-series could be described as a visual version of that podcast.  There are, however, several differences in format that are worth noting.

If you are like me, and you weren’t really a fan of Serial because it seemed like the story was particularly trying to lean listeners to support one side of the story over the other, I think you may enjoy Netflix’s mini-series a lot better.  One of the clearest differences, at least in my personal opinion, is that both sides of the story are more evenly told.  I like this kind of storytelling in documentaries, because I feel like it allows people to form opinions for themselves, based on the information that’s presented to them.  I find this rather refreshing, personally.

Another clear difference is that the entire series is already released.  There’s no need to wait for what feels like eternity for the next episode, and the storytelling isn’t dragged out in too many episodes.  For those with little time to spare, who lack patience, or those with short attention spans, I think this series is the perfect length.

I would go in-depth with my thoughts on each episode (I’ve watched them all at this point), but I won’t here because that would extend the entry far longer than what I had initially planned.  Perhaps I’ll write a follow-up entry later, but for now, I just want to say that I highly recommend watching this series.  Especially if you enjoy “true crime” stories.